Friday my dog had his body chip removed. Until now it hasn’t made any difference, but I’m still glad I removed it, after I saw the body chip. It was destroyed will being removed from his body, but still it is obvious, that the chip had been leaking, while inside my dog – and he is not even 2 years old. I could literally dry off green liquid from the copper, coming from inside the chip, which clearly told me, that the chip had been leaking way before it was removed – and it almost looked burned. 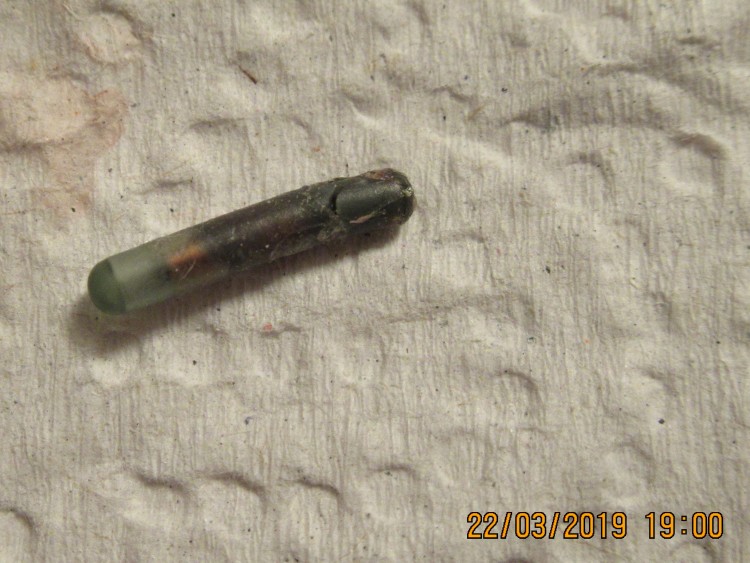 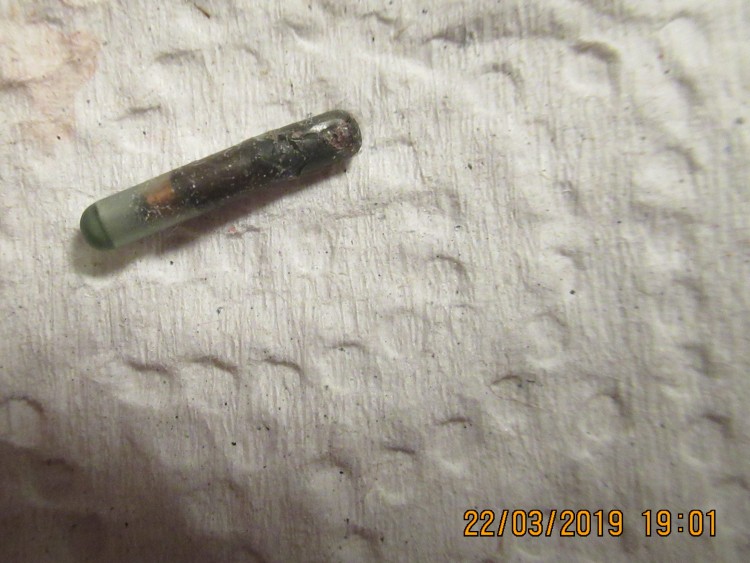 After seeing the chip I wonder  – how can anyone put this technology inside their animals or even themself? I guess it is because we are forced to in Denmark (or think we are) aswell as we apparently have a lot of unreasonable trust in the law-makers and scientists.

Which makes me want to publish two documents, that shows that this trust is unreasonable.

Representative, Jim Guest is an American politician. I found his letter on: https://everydayconcerned.net/ti-station/affidavits-letters-of-validation-and-support-legislation-efforts-attesting-to-ongoing-non-consensual-experimentation-dew-use-on-civilians/

Lastly I want to link to a website, where it is revealed how people are being implanted with RFID chips without their knowledge.

Apparently the link doesn’t work anymore – that’s funny, I just visited the website recently – so since I took screen prints, which I always do nowadays, I post them too.